The SEND Forums are three independent e-communities (SLD Forum, SENCO Forum and The SEND & ICT Forum) for those involved in the education of children and young people with special educational needs and disabilities (SEND). Whilst all three forums reside on the same platform, they are independently moderated and each has its own home page. When you sign up for an account, you will have access to all forums, so please be aware that any messages you write will be viewable by other members of the forums.

You can create a private discussion group by contacting a forum moderator or contacting the forum administrator at thesendforums@nasen.org.uk.

My thoughts yesterday chimed very much with Kim’s, this is what I have sent out to staff in both Co-op special academies:

“These safety steps have been agreed with my union the NEU, for staff working in special schools – I am not aware that any other unions have issued specific practical guidance yet:

Please find here an open letter to children and young people with Special Educational Needs and Disabilities (SEND), their parents, families and others who support them from Vicky Ford, Parliamentary Under Secretary of State for Children and Families. The letter signposts key Covid-19 guidance published over the past week.

Budget cuts and school finances, are a major agenda item for schools across the UK at this time, and the ‘National SEND Forum’ have not only recognized and acknowledged the importance of this, but are attempting to campaign on behalf of schools, to help address this issue/concern.

The National Special Educational Needs and Disability Forum is a regular meeting of the leading representatives of significant national organisations in this field. It is attended by the Department for Education. The National SEND Forum (NSENDF) is politically neutral, drawing together the providers, champions and commissioners of services for the most vulnerable in the maintained, non-maintained and independent sectors and across the 0-25 age range. The Forum is facilitated and convened by the Federation of Leaders in Special Education.

The letter below has been sent to the Rt Hon Philip Hammond MP by ‘The National Special Educational Needs and Disability Form’. 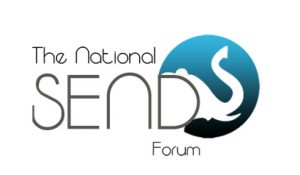 The National SEND Forum (NSENDF) is politically neutral, drawing together the providers, champions and commissioners of services for the most vulnerable across the 0-25 age range in the maintained, non-maintained and independent sectors.

We meet regularly to discuss the issues that are arising across the country within education, health and social care that impact on children and young people with SEND, their families and the professionals who support them.

At a recent meeting there was much discussion again about the funding crisis that is currently being experienced by all local authorities and healthcare trusts. This is having a significant impact on the education, health and well-being of the most vulnerable children and young people in our schools.

The SEND reforms that were introduced in September 2014 have been slowly implemented over the last four years; the promise being that education, health and social care would work in partnership to support the county’s most vulnerable children and young people aged 0-25. At exactly the same time we have seen an erosion of funding from all public sector departments trying to do more with less.

To put this expectation of doing more with less into perspective, there is little in public policy that reflects evidence of the government’s own departments taking account of the increasing numbers, identification, novelty, frequency, severity, complexity and longevity of special educational needs and disabilities in both the child and adult population.

We appreciate the constraints of public finance but without sufficient funding and a more coherent approach, the Children and Families Act 2014 and the SEN Code of Practice 2015 are nothing more than empty promises from the government to parents and children.

There are a number of local authorities who are struggling to set a balanced budget for the next financial year and this is having an impact on the amount of funding that is going to be available to schools in the next twelve months. Many local authorities have deficits in their high needs budget and since there is no longer the opportunity to transfer significant sums of money into the high needs budget from other sources it is going to be very difficult for these to be balanced in the foreseeable future.

There are a number of factors that have led to this crisis, all of which need to be considered when allocating high needs funding to local authorities and subsequently schools.

We cannot forget the number of young people experiencing significant mental health issues with no access to CAMHS and the rise in the number of SEND pupils who are excluded, off-rolled or home educated.

We know from many years of research and evidence that early identification and intervention is the key to support children and yet the number of children identified in early years is still very low. Many local authorities have not been able to fully introduce the two-year development check for all children as promised by the Children and Families Act 2014.

We have seen significant closures of resourced provision or specialist bases situated at mainstream schools – what happened to inclusion?

The recent NAHT report Empty Promises: The crisis in supporting children with SEND, very clearly sets out the challenges that schools are having in meeting the needs of pupils with SEND, often

having to provide services delivered by health professionals but paid for from an education budget. This is not right at a professional, moral or ethical level.

The funding crisis in schools is not only about cuts to education budgets but also the cost to the most vulnerable children and their families of cuts to a range of critical health and social care services as well.

We urge you to re-consider the funding that is being allocated to local authorities and health services to ensure that we do not let down our most vulnerable citizens of the future.

We were delighted to hear that Bernadette Knill and John Ayres two of the founding Trustees of EQUALS were awarded OBEs in the 2016 New Year’s honours for their services to Special Education. Bernadette recently retired as Head Teacher at Priory Woods School.
click here to read more at Teeside News – Gazettealive.co.uk

John continues to serve as Principal of The Eden Academy.
click here to read more at West London News – Getwestlondon.co.uk

Why not take a look at our latest news, browse our webshop or view our upcoming events.

Keep up to date with everything thats happening at EQUALS.

Keep up to date.

We have a range of training options to suit every one. Take a look now.

What Our Members Say

We have thousands of satisfied members since we began in 1994

“Lets focus on things that matter”.

“For those with a profound learning difficulty (PMLD), learning is best done when the learner is placed in the centre of the curriculum”.

“The Semi-formal Curriculum meets the needs of our special children and we feel more able to promote what the children need rather than being constrained by subject areas”.

“Freedom to be creative and concentrate on individual needs with a focus on independence”.

Pedagogy, Curriculum and Assessment of Pupil Progress for Children and Young People with SLD and PMLD

“Great delivery – motivational speaker, thank you’
“A fantastic workshop with many learning and thinking points!’
“Excellent informative course”
“Information about different kinds of assessment models”
“Thought provoking ideas on SLD curriculum”
“Analysing what we teach and why?”